They say everything is relative, and I believe that to be doubly true with car reviewers after watching some old MotorWeek episodes. MotorWeek’s reviewers seem to treat these 1980s cars with kid gloves despite coming from the factory with glaring shortcomings like dented panels, 0-60 times of thirty seconds, badging that falls right off the vehicle. 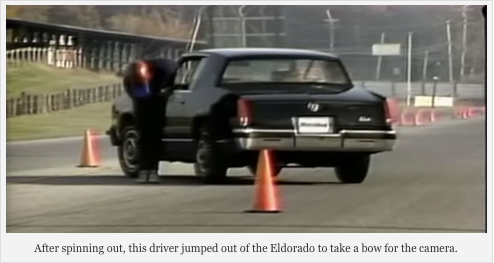 In this MotorWeek review of the 1984 Cadillac Eldorado, a driver tested the vehicle’s handling by swerving and quickly correcting. The Caddy’s response? It promptly spun out. MotorWeek’s host, John Davis, called the spin “quick, but controllable.” He went on to add, “Even with the car’s cushy ride, you can still put a lot of faith in its agility.” There’s no mention of the horrendous body roll, and that spin-out? Totally controllable. Nothing to see here, folks. Just trust in that agility, and practice your post-spin bows. 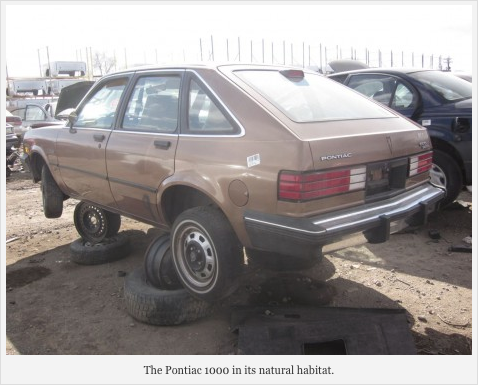 “You won’t have to worry much about getting caught for speeding,” according to MotorWeek’s review of the 1982 Pontiac 1000. That’s because the rebadged Chevy Chevette, with it’s 65 horsepower 1.6L 4-cylinder engine, takes nearly thirty seconds to reach 60 mph from a stop. And in a quarter-mile test, the car was unable to break the 60 mph threshold. That’s putting a kind spin on things, MotorWeek. The review went on to say that shifting was crisp and hard, unlike most “slushly” front wheel drive economy cars.

In this review, MotorWeek gushes over the Lincoln Mark VII LSC’s stopping ability while praising Ford’s decision to make anti-lock brakes standard equipment in the previous year. Never mind the fact that only a Ford Econoline Pickup gets closer to doing an endo in hard-stop situations.

Finally, I’m not exactly sure how reviewers were anything short of aghast by the 1984 Oldsmobile Cutlass Supreme’s fit and finish issues. In the entire segment on this car, only a few seconds were spent highlighting the vehicle’s uneven door gaps, bent and damaged bumper trim, rocker panel molding that was barely attached to the car, and badging that wasn’t at all attached to the car. This car wouldn’t be fit for the road in today’s world with those problems, let alone the fact that it apparently also required a wheel alignment straight from the factory.

But That’s Not All

Want more MotorWeek 80’s goodness? This story from Web2Carz chronicles some vehicles from the decade (as well as one, inexplicably, from the 1990s). And if you’re in the mood for a little sex, drugs, and illegal gambling with your automotive history, this episode of NPR’s This American Life spends an hour looking back at GM’s malaise era debauchery, which is quite interesting.